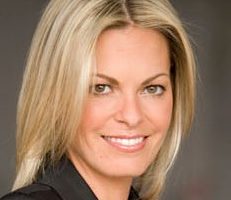 21 July 2017 By Catherine Lamontagne Comments are Off

MONTRÉAL (Québec) July 21, 2017 — The CQDM and CATALIS’ executive committee are announcing that Ms. Danika Laberge has been named the organization’s Manager General. “It is with great pleasure that CATALIS’ executive committee has appointed Danika Laberge to the position of Manager General of CATALIS”, stated Diane Gosselin, CQDM’s President and Chief Executive Officer.

Danika Laberge has more than twenty years of professional experience in both the biopharmaceutical industry and in institutional settings. As a seasoned certified Project Manager Professional, she has handled many assignments, including acting as Director of Clinical Operations of CARTaGENE, a Québec biobank. For the last seven years, she had been in charge of Operations for the McConnell Centre for Innovative Medicine, which is part of the Research Institute of the McGill University Health Centre and which specializes in clinical trial management.

CATALIS will benefit from her solid understanding of the operational environment of clinical trials in institutional settings. Her previous experience has allowed her to showcase her strong ability to bring together participants from various settings and her capacity for building bridges between public and private industry members in order to improve performance and attain operational excellence.

“I would like to thank the members of CATALIS’ executive committee for the trust they have placed in me as I take over the leadership of this extensive project,” adds Danika Laberge. “CATALIS’ members and partners can count on my determination, my commitment, and my desire to work with all stakeholders to improve the environment and performance of early stage clinical trials in Québec.”

CATALIS is the end result of the ESCT initiative, an extensive project introduced by Montréal InVivo and its members to ensure that Québec’s clinical research industry is recognized on a global scale by favouring private investments and maximizing human, economic, and social benefits. Now supported by CQDM, this project is funded by the Québec government ($5.3 million) and by four pharmaceutical companies: Abbvie, GSK, Pfizer, and Servier ($900,000).